Karin received her PhD from Utrecht University (NL) in 2014 on the subject of ‘liveness’ in media studies. In 2014/2015 Karin was lecturer Television and Cross-Media at the University of Amsterdam. She returned to Utrecht University as assistant professor in 2015 and was visiting fellow at the London School of Economics in 2017 and 2018.

Her research currently centers on data studies in the humanities (e.g. tool criticism, alternative metrics) and public values in media. Karin is author of the book The Future of Live (Polity Press, 2016). She is co-editor of the volume The Datafied Society (Amsterdam University Press, 2017) and more recently the special issue “Big Data Histories” (2018) for TMG- Journal for Media History. She has published in outlets such as Social Media + Society, Television & New Media, Media, Culture & Society, M/C Journal and First Monday. 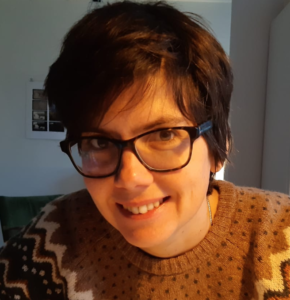 Assistant professor at the Department of Media and Culture Studies, Faculty of Humanities, Utrecht University